The beautiful Coffs Coast is wonderfully diverse, from ancient rainforest to a pristine marine park, from the iconic Big Banana to lovely beaches. Enjoy fun adventures such as bushwalking, kayaking, surfing and mountain biking, and discover spectacular lookouts. There are marvellous festivals, too.

Coffs Harbour is at the heart of the region, about halfway between Sydney and Brisbane on the NSW North Coast. The vibrant city is at the southern edge of the Solitary Islands Marine Park, a haven for dolphins, turtles, tropical fish and migrating whales, especially humpback mothers and their calves.

Whale watching is popular between May and November, with rugged headlands dotted along the coastline offering superb views. Near the city’s heritage-listed jetty a marina breakwater bridges Muttonbird Island, another vantage point. Boating, fishing and diving tours depart from the marina.

Stroll along the Jetty Strip and choose from a delicious range of restaurants and cafes. Pop into the nearby Coffs Harbour Fishermen’s Co-operative fish shop and browse the daily catch. Adjacent to the calm waters of Jetty Beach is a pretty foreshore park with picnic tables and barbecue facilities.

Bustling markets, enticing festivals, fascinating exhibitions and an exciting range of professional and participatory sports. Curryfest is one of the hottest food events that attracts thousands of visitors to Woolgoolga, a seaside town just north of Coffs Harbour. 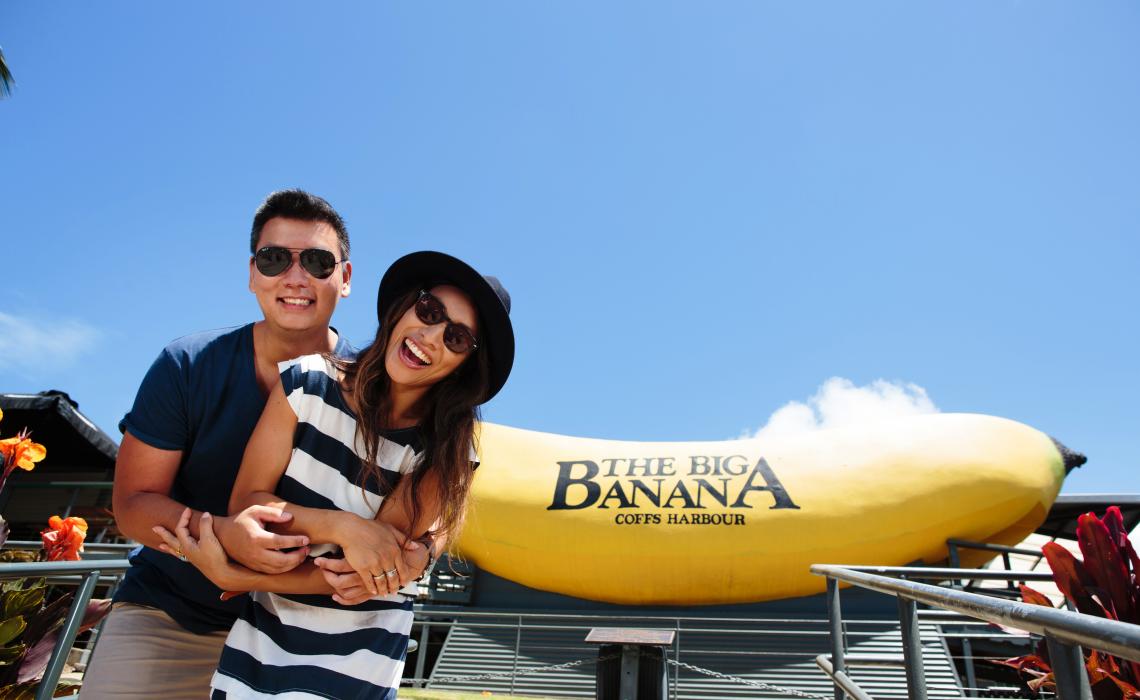 In hinterland Bellingen, on the Waterfall Way scenic driving route, are heritage streetscapes and a number of festivals, including the Bellingen Fine Music Festival. A short drive away is Dorrigo and the Dorrigo National Park, which is part of the UNESCO World Heritage-listed Gondwana Rainforests.

Magnificent national parks and nature reserves fan out across the region. In the sparkling Bellinger and Nambucca estuaries you can spot dolphins and birds of prey. Kayaking tours are available, including an Aboriginal-guided tour that’ll give you insights into the indigenous cultural heritage.